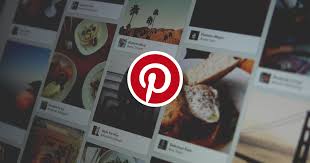 Pinterest is adding another piece to its arsenal of advertising services, opening up search advertising to its partners and with companies advertising through the Kenshoo marketing suite.

With Pinterest looking to continue to grow into a must-have tool for advertisers, it’s begun building more and more products to capture all parts of a person’s buying behavior. Pinterest users often come to discover new products and ideas, and the company has always generally done a good job of pitching marketers that Pinterest ads do a good job of building awareness, as well as getting users to convert to an eventual sale once they get to a product.

Adding search gives Pinterest the ability to tap into another part of that buying behavior — searching with the intent of a purchase (whether the user realizes it or not). Nearly all of the searches on Pinterest aren’t brand searches, global head of partnerships Jon Kaplan said. So Pinterest will now give some advertisers the ability to show ads against keywords and for shopping campaigns through Pinterest’s search.

“When people come to Pinterest, they’re starting earlier in their decision-making process,” Kaplan said. “We saw this with the holidays — people were pinning holiday ideas as early as August. For brands, the implications to our business, that’s an amazing opportunity to reach someone at the earliest stages of decision-making. And when you search for something like modern furniture, a lot of times a text query doesn’t capture the nuances of your individual tastes or what you actually want to see. So having something that’s visual in nature for a lot of different queries is actually the most powerful way of demonstration or displaying.”

Pinterest hopes to end up opening up the tool to more partners as time goes on, but for now it’s going to be limited to its direct partners who can run campaigns and marketing campaigns run through Kenshoo. Pinterest will show up as an option for marketers using Kenshoo when they run search campaigns alongside Google and others. While Pinterest is tiny in the scheme of the search universe (the company sees around 2 billion searches a month), the hope is that it’ll woo advertisers with a stronger return on their ad investments than other platforms, Kaplan said.

Pinterest has typically been known to be stronger for marketers closer to building awareness for brands, rather than necessarily capturing the intent that users have when searching for products. However, Pinterest’s new search ads exposed a rather unique element where it seemed like the effect of those search ads went beyond just pushing a user to a conversion online at the moment of seeing it.

Some of its partners have seen the search ads drive in-store sales, signaling that Pinterest’s search ads may be capturing a wider spectrum of a user’s buying behavior during search, Kaplan said. Google has traditionally dominated in capturing search intent and converting it into sales, which has built a gargantuan business worth hundreds of billions of dollars. But behavior like this may pique the interest of advertisers, which may be looking for dollars to throw into nontraditional campaigns — even if they’re just “innovation” budgets for now.

All of this, naturally, is going to be critical to Pinterest going forward as it looks to continue to grow into a larger business. Pinterest says it has around 150 million monthly users, but its results last year missed some projections set in 2015. Search ads offer Pinterest another way to continue to appeal to advertisers which may not only be spending a majority of their funding on Facebook ads, but also on the soon-to-be-public Snapchat.

“We don’t think we’ve served the optimal ad experience for that type of behavior on the platform,” Kaplan said. “We think search ads in a search environment is the right experience that’s gonna lead to a really big business for us and the right results for advertisers. We’re seeing search is gonna be a bigger part of their buying process, and we want to make sure we’re thinking ahead.”