Paul Brandus: We overreact to terrorism for the same reason we’re bad at investing

Paul Brandus: We overreact to terrorism for the same reason we’re bad at investing 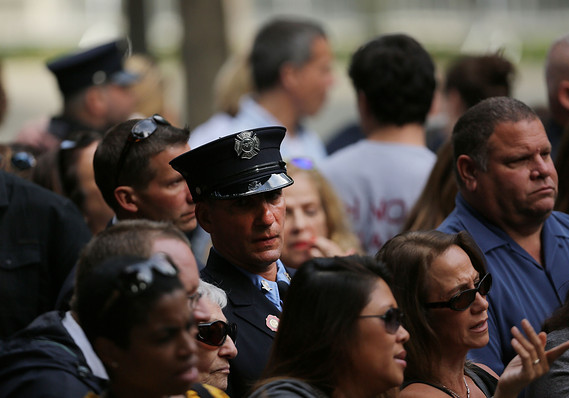 most people are lousy investors (not you, of course) as a result of they, amongst different issues, permit an excessive amount of noise to intervene with their determination-making process. They hear something on tv, see a scary headline on a website and their emotions kick in. They alternate too regularly, buying excessive, promoting low and now not achieving their funding objectives. Warren Buffett stated it perfect: “Sober judgement is a commodity in a global of emotional investors.”

In certain ways, this also describes how most of us think about, and react to, terrorism. We’ve spent the remaining 15 years being scared and overly emotional about something that statistically just isn’t much of a possibility. It has cost us a fortune; are we getting our money’s value?

I don’t question the struggle on terror evenly. I was once in ny on September 11, 2001. American airways flight 11—the primary plane to hit the North Tower of the sector change middle—flew close to the midtown skyscraper where I labored on the 35th floor. I didn’t see that airplane hit, however I did see United 175 smash into the South Tower 17 minutes later. I understand that day with razor-sharp clarity. The points of interest, the sounds, the smells. the concern and rage. and a few days later, I understand that standing on the fringe of floor Zero, where I was once a crimson pass volunteer, surveying the carnage up close. Seeing it on television didn’t do justice to the huge swath of destruction I noticed. Wasn’t even shut. i wished revenge on the bastards who did it.

but strip out these visceral thoughts—I battle to do that–and look at some raw data.

We’re a country of 325 million people; yet we appear to have this nationwide experience of panic about one thing that statistically appears lovely tiny. you know what the experts say: the goal of terrorists is to terrorize, and they’ve achieved it. In a technique we’ve let them win, because in just 15 years we’ve long past from fearing nothing to fearing the whole thing.

here’s a country that’s no longer fearful: in 1962, 44 people died when a gunman shot the pilot and co-pilot of a passenger jet flying from Reno to San Francisco, sending the airplane smashing into a hillside. All forty four on board had been killed. Two years later, some other forty four folks were killed when Continental airways Flight eleven was once bombed over Missouri. And in December 1987, another forty two people died when a guy stormed the cockpit of a los angeles to San Francisco-certain aircraft, killed the pilot and co-pilot and crashed the airplane.

In none of this incidents, neither President Kennedy, President Johnson or President Reagan mentioned a phrase; they weren’t forced to discuss with the households and say they’re sorry. The nation made adjustments and americans went in with their lives. the key level: we didn’t freak out and let these incidents weigh down us, paralyze us with fear, or trade the way we expect and reside.

That’s now not the case now, is it? We’re distrustful, paranoid, willing to alternate certain freedoms for higher safety. That’s an important worth to pay.

right here’s every other big worth: $ four.8 trillion. That’s how a lot—at a minimal—we’ve spent, or have committed to spend, on the conflict on terror, in step with Brown university’s ongoing “costs of struggle” mission.

This number will zoom previous the mind-boggling $ 5 trillion mark subsequent yr, and given the tough talk on terrorism from both Hillary Clinton and Donald Trump, there’s no purpose to assume that this gusher of spending will taper off every time quickly.

that is our world now. It’s a frightened time and we’re a frightened people. Have all these trillions been a good funding? We’ve all heard the stats that location terrorism in context, like how more individuals (58) died from bees, wasps and hornet stings closing year than terrorism.. here’s another one: virtually as many individuals die from “distracted using” (2,920) each yr than died in 9/11 itself.

Am I afraid of ISIS? speaking heads on television tell me I will have to be, but frankly I worry extra about some moron texting within the automobile coming the other way on a two-lane street. I get the difference: ISIS is deliberately out to cut my head off. but for the reason that knowledge presentations it’s highly unlikely to occur, why worry about it? Why have we americans gotten so nervous and allowed our thoughts to get the best of us? Isn’t this the “house of the brave?”