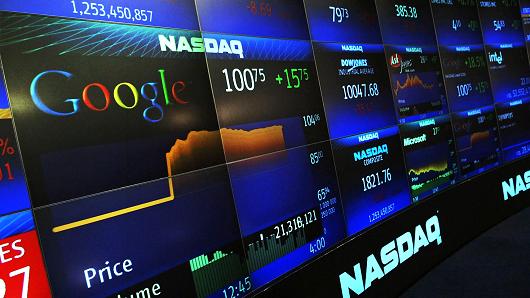 As the year winds down and trading on Wall Street thins during the chill of December’s last days, attention is turning to next year’s potential list of names that may go public.

While the bull-market run of 2017 has prompted the likes of Nasdaq President Nelson Griggs predict 2018 will be a favorable year for IPOs, not everyone is so sure. This year was supposed to be good for public offerings too, but it turned out to be slower than expected, Nextstep Advisory Chief Executive Barrett Daniels said.

In part, he says that critics of 2017’s IPO performance blame lackluster offerings from Blue Apron Holdings Inc. APRN, -6.06%  and Snap Inc. SNAP, -1.62%  , which will both end the year lower than their IPO valuations. Daniels says that few firms went public early in the year, which also potentially chilled the market.

Opinion: The government tried to encourage IPOs, but it helped create The Age of the Unicorn

See Also
Risk factors investors should look out for in 2018

Daniels hedges and says that trying to predict when companies will go public is a guessing game at best and getting even one out of seven companies right (as MarketWatch did last year in this exercise) is pretty good.

The multibillion-dollar headline-grabbing upstarts such as Airbnb Inc., Lyft Inc. and Uber Technologies Inc. remain question marks. Uber seems the least likely of that group to go to the public market for cash, as newly anointed Chief Executive Dara Khosrowshahi has said the company plans to list within the next three years, while he continues to search for a chief financial officer.

Whether investors will see a LYFT or ABNB ticker in 2018 is a more of an open question and neither has signaled via intentional or unintentional leaks that they plan to do so.

“We will go public when it’s right for us,” Lyft spokeswoman Alexandra LaManna said.

For its part, Airbnb CEO Brian Chesky said in October that the company is “halfway” through its two-year project to be ready to IPO. “But to make it very clear, because some people read that as we’re going public next year, it just means we’ll be ready,” he said.

Don’t miss: This is how much Airbnb is driving up home prices and rents

Referring to private companies with valuations north of $5 billion, Daniels said, “I guess they’ll go public at some point, but what would make 2018 significantly better is for a handful of superstars to get out. And I’ll believe that when I see it. I’ve fallen for this before. I feel like I’m sick of falling for ‘next year will be huge.’”

What investors – and everyone else – get wrong about innovation

Instead, it will likely be companies with less fanfare around them that end up braving the IPO process this year. Unless otherwise noted, firms mentioned in this story as potentially going public did not respond to a request for comment.

One company that has made its intent to IPO widely known is DocuSign Inc., which has developed tech to manage digital documents and signatures. The San Francisco-based firm told MarketWatch in July that it’s aiming to list in “early 2018.” Founded in 2003, it has banked over $500 million in funding at a $3 billion valuation, found a path to profitability and revenue in “multiples” of $100 million. DocuSign declined to comment.

For more: DocuSign aiming for IPO by early 2018, CEO says

Wildly profitable smartphone maker Xiaomi Inc. has also set its sights on an IPO in 2018, according to a recent report from Reuters. After beating its 2017 revenue target by as much as 18%, the company is set to haul in at least $1 billion in profit this year, expects $2 billion in 2018 and has been hearing pitches from investment bankers about a public offering, Reuters reported. According to anonymous sources cited by Reuters, a $100 billion IPO valuation would be “reasonable” and a company spokeswoman confirmed the company’s 2017 revenue would top the goal of $15 billion.

Despite the fact that Fanatics Inc., a sports merchandise company, raised $1 billion from SoftBank in 2017—bringing its total raised capital to $1.6 billion, according to The Wall Street Journal—the company still makes our list of companies that may go public in 2018. The reason: it’s expanding like crazy. As is clear from a quick look through financial statements from e-commerce titan Amazon.com Inc. AMZN, -1.40% building warehouses, fulfillment centers and the rest of the physical infrastructure needed to ship sports merchandise is expensive, and Fanatics is adding to that by manufacturing its own merchandise. With revenue topping $1.4 billion in 2016, the company runs e-commerce sales hubs for the major three-letter sports leagues in the U.S. as well as Nascar and more than 100 college and professional sports teams.

When going public doesn’t mean an IPO: Europe-based Spotify AB is expected to get approval from the Securities and Exchange Commission for … a direct listing. The key difference between a direct listing and an IPO is that it wouldn’t raise any money, nor use underwriters to sell the stock, which means it’ll be a cheaper process for the company and existing shareholders won’t have their equity diluted. The company has raised more than $1 billion, receiving an $8.5 billion valuation in June 2015, according to The Wall Street Journal, which also cited IPO watchers who could think of few examples of major companies listing on an exchange directly. But, it’s worth pointing out that executives could still elect to go the traditional IPO route.

The biotech company 23andMe Inc. is an interesting animal. The company sells its genetic testing services to consumers, then turns around and sells that data in aggregate to research institutes and nonprofits. It also has hopes for an eventual third revenue source, developing and marketing drugs of its own. Valued at $1.7 billion as of September 2017, the company has sold two million testing kits ranging from $99 to $199 and it appears its relationship with the Food and Drug Administration has improved from 2013, when it had some troubles.

Rival Box Inc. BOX, -0.56%  has been public since 2015, making a bet that it could grow beyond it’s online-storage business, which raises the question about Dropbox Inc.’s plans to chase a lucrative IPO. The company is tight-lipped and a spokeswoman told MarketWatch over the phone that it declined to comment on any potential plans for a public offering. With 200,000 business customers including “nearly all of the Fortune 500 companies,” according to the Journal, Dropbox seems poised to raise more cash and make the next big bet to propel its earnings. But as Daniels said, with $607 million in funding, a $10 billion valuation and an unknown amount of revenue and profit, executives may push pause pending the next new idea.

Other startups appear ready to take the plunge, but are still unlikely. Pinterest Inc. is one. According to a December report from The Information, company executives expect the company to miss its 2017 full-year revenue target of $500 million, and log about $100 million in losses on $490 million of revenue. As a result, the report said the company has pushed back its IPO date into 2019 in order to catch up with its $12.3 billion valuation. Still, Pinterest reportedly expects to grow its top line by 64% in 2017, compared with the year earlier.

Another is the ultra-secretive Palantir Technologies Inc.—so secretive that the company declined to comment twice to one request on its IPO plans. Contracted by U.S. government entities such as the National Security Agency and several branches of the Defense Department, the venture-backed firm has built a reputation for being tight-lipped. Backed by Peter Thiel and the Central Intelligence Agency’s venture capital arm called In-Q-Tel, Palantir would have little to gain from putting itself at Wall Street’s mercy and making details of its operations public. Palantir is valued at about $20 billion by private investors.