The most important date for Apple Inc.’s iPhone X is arguably a week before the flagship smartphone actually reaches stores.

That would be Friday, when consumers can pre-order the $999 device, which will ship by Nov. 3. It’s a smart tactical move for Apple because it helps lock people in — even though the company doesn’t collect payment until the phone actually ships.

That in turn dissuades shoppers from buying competing devices should there not be enough iPhone Xs available during the holiday shopping season. Thanks to manufacturing challenges, shortages of the 10th anniversary phone are widely expected in the coming weeks.

“Any time you can get people to pre-commit to a product that’s not available, it’s good news,” said Julie Ask, a Forrester Research analyst. “It gives you a lot of visibility, it’s less expensive than selling it to people in stores, it’s easier to tell people when it’s going to arrive.”

Under retail chief Angela Ahrendts, Apple has made it much easier to secure iPhones well in advance. That’s led to shorter lines of expectant fans waiting outside stores on release days. So even though analysts widely expect iPhone X supplies to be limited early on, the device will still be available in 55 countries and territories. Apple also expects to have the iPhone X in many stores on Nov. 3 and said Tuesday that walk-in buyers should “arrive early.”

Investors and analysts will be able to monitor how the wait times for delivery develop in the course of Friday, giving insights into demand. As more people pre-order, delivery times will likely lengthen as Apple’s initial supply of iPhone X models is eaten up.

IPhone X demand and supply should sync about three to four months after launch, while it typically takes two to three months for a new iPhone to reach global supply-demand equilibrium, Munster added in a note to clients on Thursday.

Apple’s suite of accompanying services, from photo storage, to Apple Music streaming, to App Store downloads, make it ever harder to trade in an iPhone for a competing handset running Google’s Android operating system. 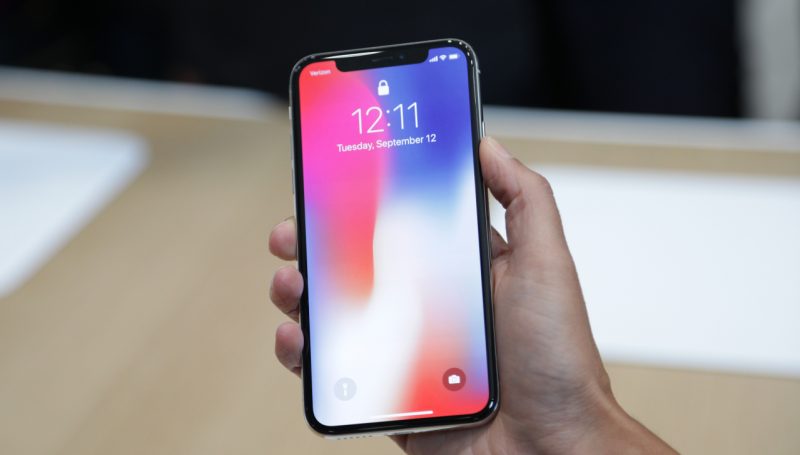 The risk of losing customers to Android phone maker Samsung Electronics Co. due to delivery delays is small, since the South Korean company’s flagship phone has been available since April, according to Shannon Cross, an analyst at Cross Research who recommends buying Apple shares. Customers are more likely to buy Apple’s lower-specification iPhone 8 if they’re impatient, she said.

“If you can’t get one, I don’t think you’re going to jump over to Samsung,” Cross said. “And clearly the more that you can lock in pre-orders, you can lock in customers.”

The iPhone X may bring customers into Apple stores who instead opt for a cheaper model, according to Madhavan Ramanujan, a consultant at Simon-Kucher & Partners. “The average customer may not buy the iPhone X,” he said. “For those who won’t, the iPhone 8 is out there and is $300 cheaper.”

Apple will report earnings Nov. 2, when it will also give guidance for the holiday quarter. Analysts expect revenue in those three months of $86 billion, up almost 10 percent from the same period a year earlier, indicating they don’t anticipate supply issues to burden sales.

The pre-ordering system, combined with the iPhone Upgrade Program where consumers pay a monthly fee to trade in for a new handset each year, lets Apple manage its supply chain more effectively, according to Crawford Del Prete, chief research officer of IDC. Apple can match supply to demand more effectively, he added.

While the supply chain struggles may cause shortages early on, Apple’s stock is trading near records on optimism about the iPhone X’s longer-term prospects, Del Prete said.

“Are they a problem if you take the six-quarter view? I don’t think so,” Del Prete said. “This ecosystem is so powerful.”

Jim AkermanAugust 6, 2019
Read More
Scroll for more
Tap
India overtakes the US to become the world’s second largest smartphone market
iPhone X pre-orders are being scalped on eBay for $1,500, on average